A Facebook exchange reminded me of an incident from a couple decades ago. I was living in Flushing, and occasionally had lunch at Bridie's, an Irish pub/restaurant in the area.

I don't know exactly what gave me the inspiration, but for some reason I decided that the perfect dessert would be a Guinness float -- vanilla ice cream drowned in Guinness Stout. The request caught my waitress by surprise. She asked me to repeat it, and had me describe what I had in mind. Of course, I couldn't back down so I feigned confidence and sureness as I repeated the order and described it. Satisfied that I knew what I was doing, she scribbled it into her pad and disappeared.

A minute later the bartender popped by to question me. I repeated for him what I wanted. I turned down the suggested whipped cream. Shrugging, he walked away. And soon the waitress was back with my float.

I was happily anticipating the dessert, expecting -- well, I don't quite know what I was expecting. Something good. I was disappointed. The odd blend of bitter and sweet was revolting. But I noticed that the waitress, keeping a distance, was watching was an intense look of interest. So I couldn't back down. I hated every disgusting spoonful but I finished the damn thing.

I paid and left. The walk home was a short one - maybe a quarter mile. But it seemed to last forever as I fought the urge to vomit. But I figured that was the end of it. It was an experiment. A failure, I suppose, but an experiment.

And the next time I went to Bridie's for lunch? No sooner had I taken a seat than the same waitress came over carrying a baby in her arms. She pointed to me, and said to the baby (in her heavy Irish brogue) "That's the funny man who ordered a Guinness Float." At least, I consoled myself, I had become a legend.

Bridie's isn't there anymore. The neighborhood changed, and it has been replaced by a Korean barbecue place. I don't live near there anymore, but I sometimes drive by. And every time I do I'm tempted to stop, go in, and order a Mek-Ju float.

Email ThisBlogThis!Share to TwitterShare to FacebookShare to Pinterest
Labels: Food

25a? impeachment? how does that affect my stoopidstats?

After the disgraceful events of Wednesday, egged on my President Trump, there's renewed interest in impeaching him again (and this time convicting him and removing from office) or removing him via Section 4 of the 25th Amendment (25A§4).*

I'm not here to opine on the relative merits of the two courses of action. But I'm a bit of a process geek, and I also have my weird StoopidStats thing. So on that basis alone I'm kind of fascinated by the possibility of Pence becoming president for less than two weeks. He would go down in history as the shortest-serving president (passing William Henry Harrison who served for a month), and his presidency would likely be of little consequence -- other than the symbolism of Trump being forced from office. But the history books would record that he was President.

But then I started wondering -- can it really happen?

The impeachment route would require both houses to reconvene. The House of Representatives would have to vote to impeach, and the Senate would have to have a trial** and convict. My understanding is that both houses have the necessary votes. I suppose it could be accomplished in the few days left. But that would require all parties to act quickly. Given the logistics, I don't see it happening in time to remove Trump from office before Biden is sworn in.

That leaves 25A§4. Before I address this, let's look at the actual language. But first, note that this interpretation is my own, and I am not a lawyer.

If you're interest is in the symbolism of the first ever invocation of this procedure, then have at it (assuming you can get Mike Pence and a majority of either the Cabinet or the appropriate Congressional body to start the process). But for the Stoopidstats geek like me, it won't matter. Trump would remain President until his term expires this month.

To see why, consider the language quoted above. There are, essentially three steps (as described below). For brevity, I am not reiterating the timing involved, and I'm further editing the language. If you don't trust me, read the actual language above.

For President Trump to be removed from office, all three steps of the process would have to play out. That is just not going to happen in the time remaining. In fact, the language of the Amendment doesn't specify how long the President can take before responding. So President Trump could simply shrug, go golfing, and spend his remaining time as a powerless and dutiless President. But he would still be President. Given the short time involved, I suspect that's what he'd do.

So I could be proven wrong, but I doubt that Trump will be removed from office before the end of his term.

At any rate, the process of 25A§4 brings up an interesting question. Well, it's interesting to me, anyway. Suppose a President is inaugurated as scheduled, and then 25A§4 is invoked later that day. Can the President refuse to respond for four years and effectively spend a full term as a powerless President?

Further (and, yeah, I know this is deep within the realm of crazy), suppose that happens but our powerless President somehow gets reelected. Does his powerless status continue? Or does he get his powers back with the second inauguration? If the former, suppose he is not reelected, but is then subsequently elected to a second nonconsecutive term. Does he get his powers with that second term?

One final note: If Trump is removed from office before the end of his term, that will slightly improve his "SCOTUS Days Ratio," which is a statistic I invented to measure a president's influence on the Supreme Court as a function of his time in office. I defined that statistic here.

*Most discussion of this issue seems to refer simply to the 25th Amendment without specifying which section. 25A covers other presidential replacement/succession issues (such as death or resignation). Sections 1, 2 and 3 have all been invoked at least once. I prefer to refer to 25A§4 to make clear that I am specifically referring to Section 4.

**What a "trial" consists of is left to the Senate to decide, so it could be very very quick. 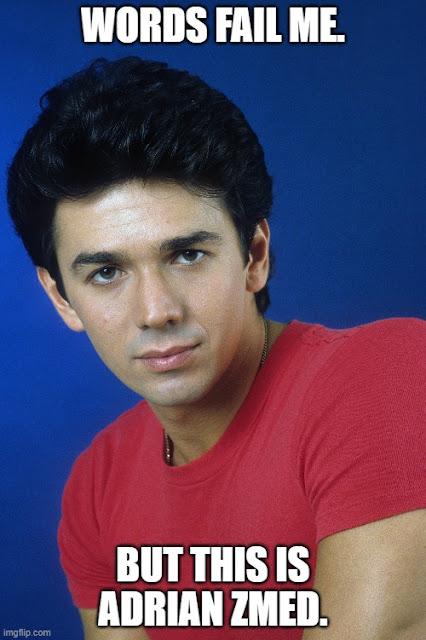 Email ThisBlogThis!Share to TwitterShare to FacebookShare to Pinterest
Labels: zmedsday


I was originally going to post this for Tunesday last week, but it got bumped for a timely post related to Eytan Mirsky. That post was here. There are YouTube videos of the Beat Farmers' studio version of this, and the vocals on those are easier to make out. But I don't think they capture the true spirit of one of music's great live bands.

One of my favorite concert experiences was at a Beat Farmers show in the early 1990s. It was at the Lone Star Roadhouse in Manhattan. Before the show I saw Country Dick (the guy singing lead in the video above) sitting at a table talking to someone. I approached, just to tell him how much I appreciated his music. His reaction? He looked me in the eye and said "start drinking." So I took a big gulp from his beer. Yes, that was pretty stupid of me. But he reacted with a deep hearty laugh.

Country Dick was one of a kind.

question of the day: how did bernie do it? 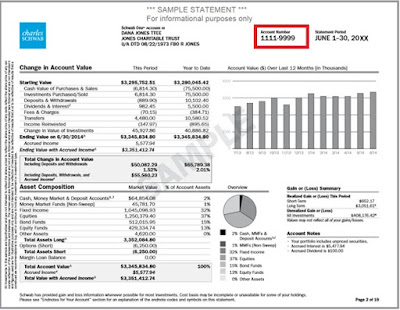 Speaking of Bernie Madoff, there's something I don't get. What kind of reports was he providing to his clients? Based on my limited experience with money managers, I just don't see how Madoff could have kept his scam going for any length of time.

Before she met me, Blair entrusted money with an investment manager who opened a brokerage account and traded on Blair's behalf. As with any brokerage account, we get trade confirmations, monthly statements and year-end summaries (which include tax documents). Years ago I used to help out my father, who was an accountant, with the paperwork for some of his clients. I recall a couple who similarly had money managed by professionals. They also received all the usual paperwork from their money managers.

In these cases, it would be impossible for the money managers to falsify returns. If an account went down, you can't simply say it went up; the trail of statements and confirmations wouldn't support it. You just couldn't falsify the returns with any kind of expectation that none of your clients would look at the ticker symbols and history and figure out that something is wrong.

So how did Bernie do it?

What do I read?